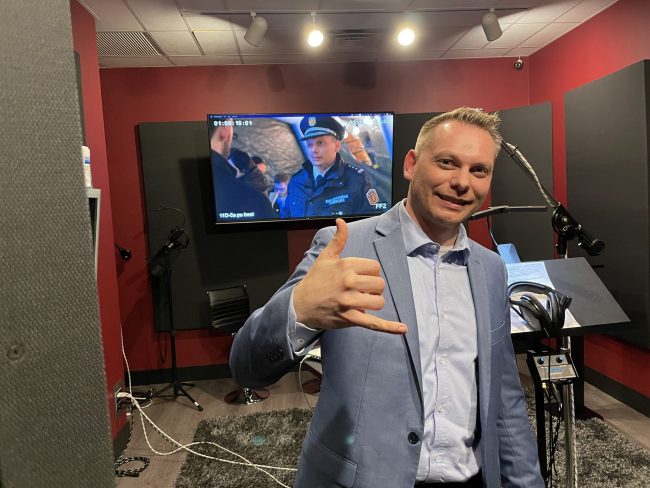 Want a Bulgarian storyline for your TV show? It might be best to cast a Bulgarian actor. That’s what the CBS series FBI: International did when it hired Nicholas Kolev for a role in its “One Kind of Madman” episode. Nicholas stopped in to record ADR for his character, Aleks Yanev.